We strive to help business owners develop a solid foundation and business strategy so they can be successful. We will work to improve sales, productivity, organization, company culture, and employee relations. 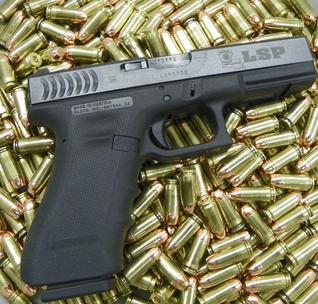 My “reloading career” began at a really early age, around 15 years old, as a native Louisiana duck hunter. I, and my hunting

buddies, discovered early on that the shotgun loads of that time did not offer what we deemed necessary to properly and ethically                             take waterfowl. I decided it was time to look into reloading. I began with a single stage “Mec” reloading machine and began to

As time went on, and my hunting “tastes” expanded, big game came into my life. After using over-the-counter ammunition, I began thinking, “If I can customize shotgun loads to suit my needs, why can’t I do the same with large calibre rifle?” So, once again, I looked into that arena, studied it, and began loading on a single stage RCBS press. Others in my hunting circles began to take notice of the performance of what I was creating and began asking that I also produce ammunition for them. I did so as long as “they” bought their calibre specific dies and bullets. I provided my time, knowledge, experience, and other components as needed. I developed a rather large following.

Fast forward to my younger adult years. I began a career with the Louisiana State Police in 1983. A few years later, the state police wanted to form a competition shooting team to compete within the state both in private venues and against other law enforcement agencies. However, with budgets as they were during those times, we had to provide our own gear and ammunition to compete. I, and my teammates did so anyways because we were all excited to compete. We quickly discovered that our “budgeted” ammunition was very subpar. We had numerous misfires, squib loads, some failed to chamber, etc. I stepped forward after a time and told them that I was already into reloading and could produce a much better performing ammunition. They happily agreed, so I began. Once again, during competitions, our competitors took notice of how well “our ammo” performed and how “clean” it burned after a long day of competing. They asked my teammates and I where we were getting this ammunition. My teammates would point me out. I then began producing for a large number of the competitors. Tragically for me, in 1991, I was catastrophically injured in the line of duty and retired in 1993, thus also ending my ability to continue competition shooting.

Years later, I was discussing shooting and competing with some fellow retired L.E.O.’s here in Tennessee. They also had a love of the shooting sports and knew I had continued to load for personal use and a few select friends. A suggestion was made for me to begin commercializing my reloading abilities as a means of income and being able to once again contribute to the competitive shooting arena. I was hooked and excited. My wife and I formed “MD Ammunitions”, got our licensing, lined up the required equipment and components, and it was “off to the races”! We haven’t looked back! We now continue to expand our name amongst the shooting competitors not only in this state, but several others. Our ammunition is featured in stores, and sought after and used by beginning shooters up to, and including, several different state and national champions and a World champion. We co-sponsor a local competition team of about 45 shooters, and several “out of state” competitors, all of which are a complete joy to be a part of and watch! Come out to the shooting matches and look for our logo on several team members.

Using my 45+ years of experience, we primarily are focused on competition calibres for both the handgun and the P.C.C. (pistol calibre carbines), but also produce large calibre rifle competition rounds, and several hunting calibre rounds by request. Each and every round of ammunition that leaves our facility has been personally touched by human hands no less than a dozen times, thoroughly inspected, case checked, and randomly tested for performance. We would never release a product that we would not personally use!

Our hopes are, that after you have read about our background, understand where we are “coming from”, and check out our products by further investigating what others have to say about our products via Facebook, Instagram, word of mouth from customers or competitors, or on our website, you’ll also give our product a personal test so that we can then welcome you to the MD Ammunition family! We know you won’t be disappointed!